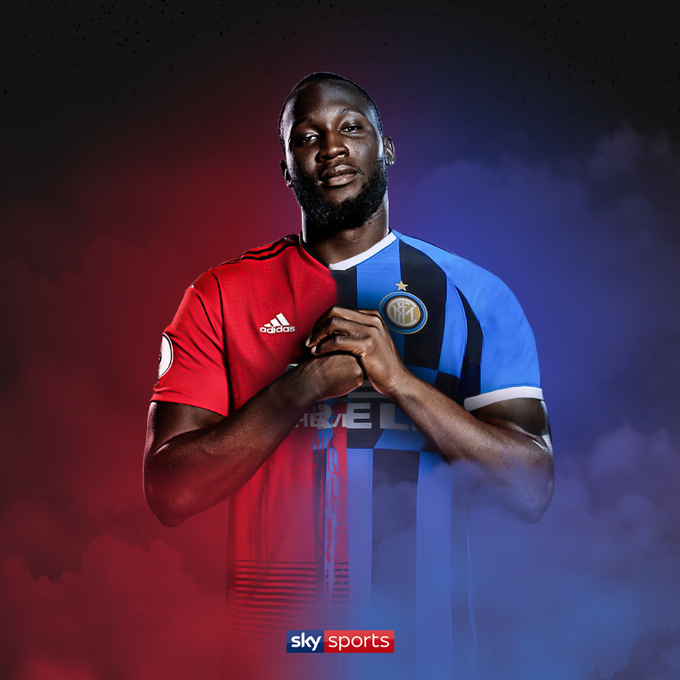 Romelu Lukaku has arrived in Italy ahead of a medical with Inter Milan after they agreed a £73m fee with Manchester United.

Lukaku, who is expected to sign a five-year deal, will move in a deal worth 80m euros which is slightly less than what United paid for the forward from Everton two years ago. United have also asked for a sell-on clause to be included.

Sky in Italyreport Lukaku has already agreed personal terms with Inter on the basis of a five-year deal worth £150k per week (8.5m euros per year). Meanwhile, Manchester United are back in talks to sign Mario Mandzukic from Juventus as a replacement for Lukaku, according to Sky in Italy.

On Wednesday evening, Lukaku’s agent, Federico Pastorello, posted an Instagram image of himself and the striker on a private jet with the caption: “Ready to take off…direction Milan”, and the location set at Brussels Airport.

RONALDO EXCITED TO BE BACK AT JUVENTUS

Pastorello had been in the UK for crucial talks with United, while his client remained in Belgium where he has been training with former club Anderlecht.

United had expected the 26-year-old to report back to their Carrington training ground on Tuesday. The Belgium international angered the club last week for leaking private training data via Twitter and was told, via Pastorello, to delete the post.

Lukaku is keen to leave Old Trafford in this window having not played a minute of pre-season for Ole Gunnar Solskjaer’s side and feels he has been treated unfairly since losing his place when Solskjaer took charge in December.Lukaku had looked set to join Juventus after a swap deal was agreed involving Paulo Dybala, according to Sky in Italy.

Will Mario Mandzukic Be A Better Replacement For Former Man Utd Striker Lakaku?